A Van Down by the River?

They say idle hands are the devil’s workshop and the business shutdown has had me looking at other ways to travel and what better way than to travel in a converted tour bus? This idea of living a part-time van life when not working to allow for slow travel has me intrigued. I’ve been looking at all kinds of ways to create a really great living space that is both functional and practical.

The video below is a look at some of the challenges I would face in converting one of my existing tour buses to a living space while traveling.

Even if I never go forward with this, I have found the journey fascinating in planning out ideas and seeing the creativity that the van life community has come up with in creating their own living spaces.

One Youtube channel I was watching, Rolling Vistas, where Tiff goes through a basic tutorial “School Bus Conversion Floor Plan” had me pretty excited as I was simply creating all of my plans on pad and paper. 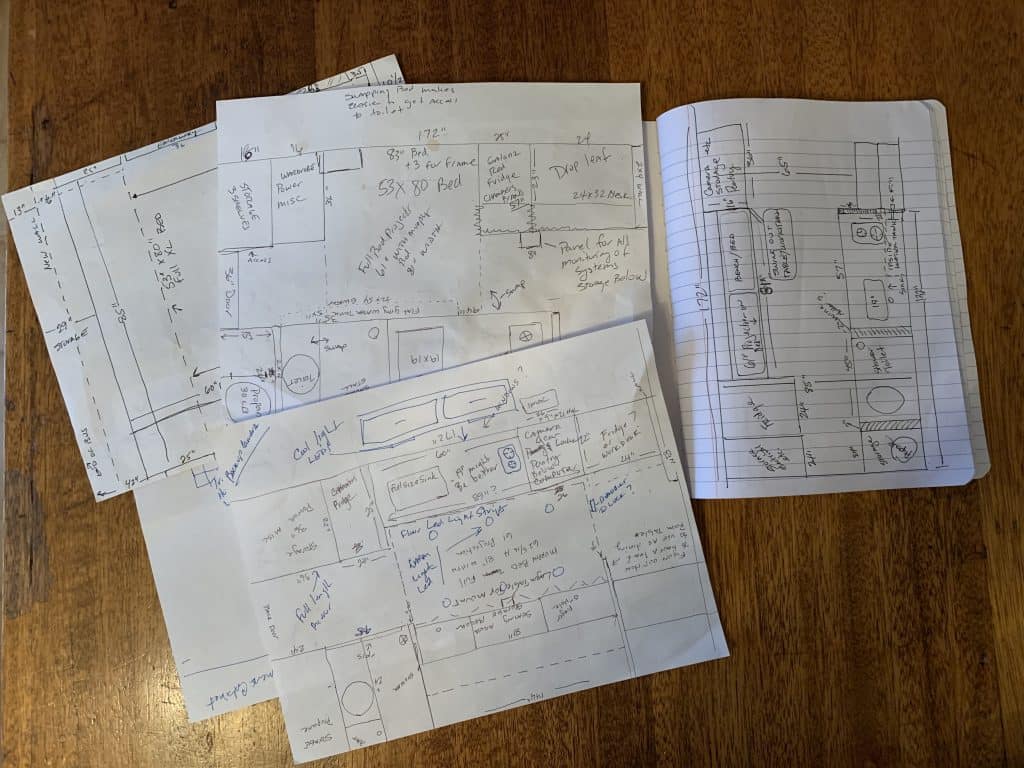 There was no sense of scale, did everything fit properly? It was fun to put these ideas on paper, but I needed something more, so I was pretty excited when I read about the Sketchup option.

As you can see by the images below, it’s much cleaner, true to scale and I can get a good sense of placement for everything. Keep in mind, the total area to build in the bus I would convert is only 104 sq. ft. Much smaller than even the smallest of tiny homes. 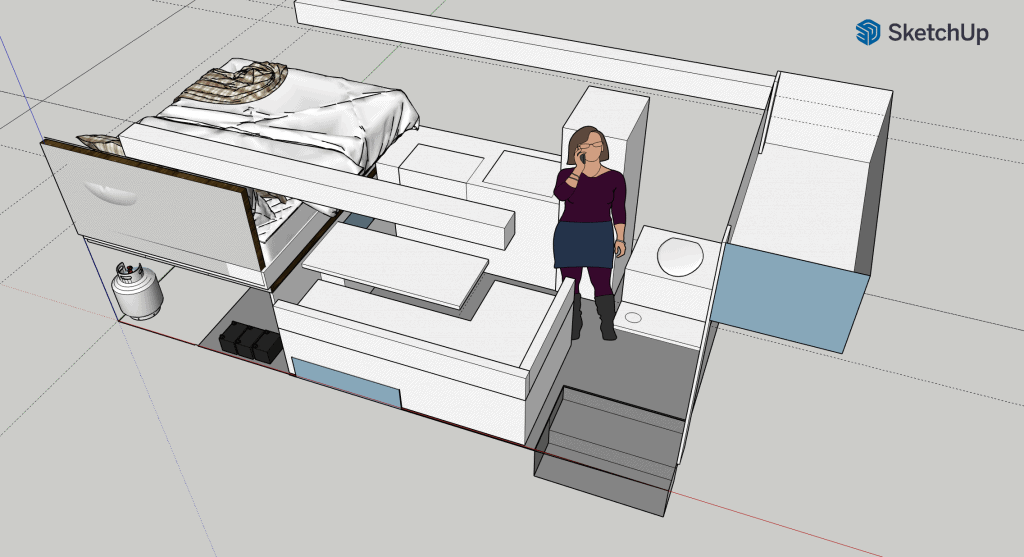 One of the tricks I learned to make it easier to move things around is to create components. For example, when I designed the layout I liked for the kitchen area, I then created a component so I could move the whole thing around the frame instead of each individual component that it took to design the counter area. 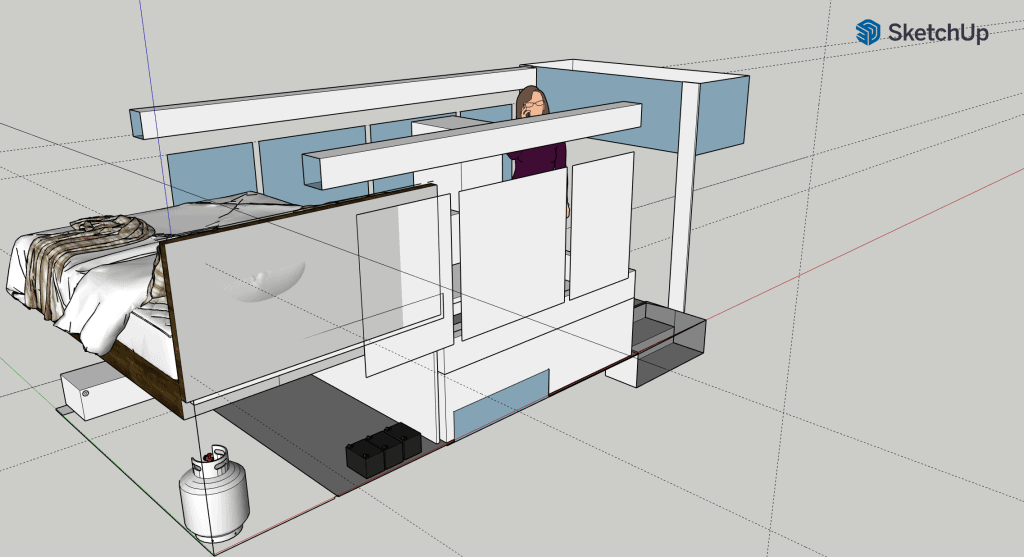 I also used the tagging feature so I could tag things like the windows, so with a click of the button I was able to remove them by hiding the window tag  for example. 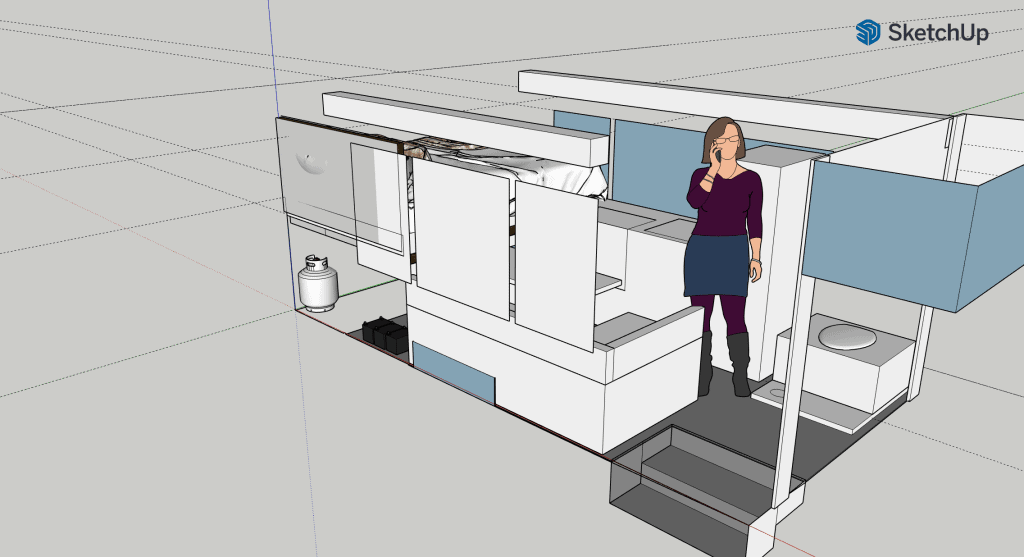 I also like how they add a model into your initial drawing to help get a good sense of scale. I tried adding the male model, and I was unable to get the scaling right and have the model move as I rotated the drawing. But I set her to my height so I was able to get a good sense of how much room would be available in the final build to move around. 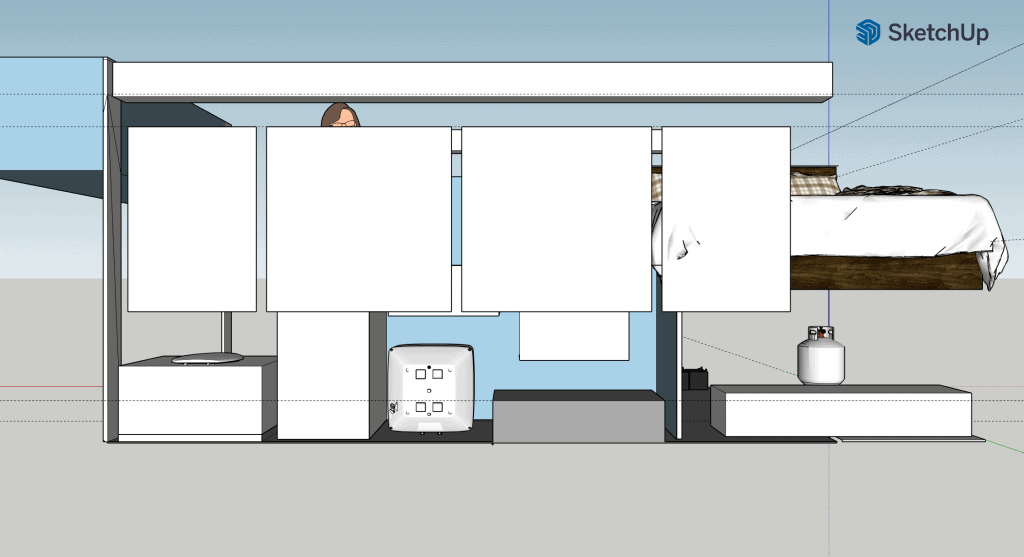 I really have no idea how far this build will go and even if it will get beyond the planning stages, but it’s been a fun adventure in planning and just working on different design schemes to use a bit of my creativity.

Have you built your own van? If not, have you ever thought of doing so? 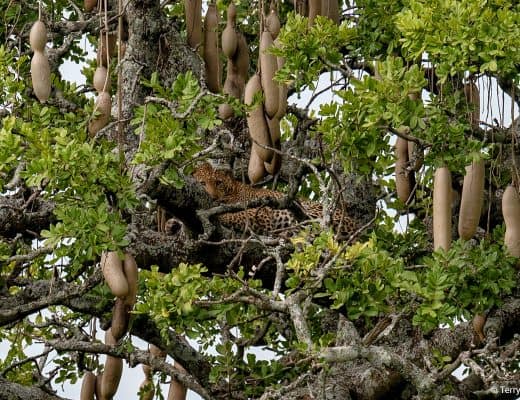 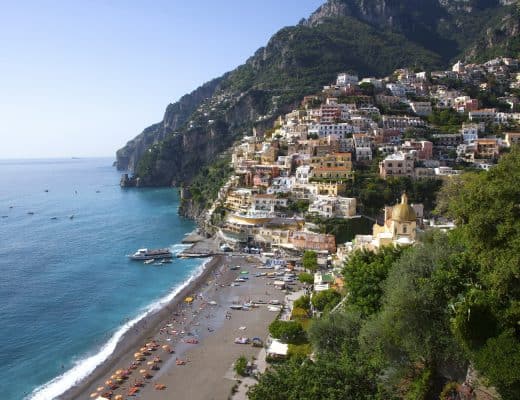