From the Dutch Masters paintings hanging in the Rijksmuseum, to the century old canals and bridges to wonderful cafe’s, Amsterdam is a vibrant city with everything one expects from a world class European city. I was extremely excited to be able to view the painting of the Dutch Masters, their work I had always admired especially the way they “lit” their subjects. Their main subjects were usually very bright with the light falling off into the edges. I spent a lot of hours in the Rijksmuseum looking at the painting and getting close so I could see the brush strokes which seemed to have been painted months ago, not centuries ago.

The Van Gogh Museum was another stop I made and it was great to understand the history of not only his artistic progression, but who he was as a person. There are many letters he had written to his brother that gave a good insight into his mindset at various stages in his career. Of course we all know of his darker past, but he loved nature and also chose to live amongst farmers and peasants which inspired much of his early work. As he started to have mental issues, his painting style changed to the less realistic and longer brush stroke work that we know today.

The red bricked cobbled streets merge with the curved bridges as the cyclists pedal their way to an unknown destinations. An estimated 1.2 million miles are pedaled everyday in this city.

Homes dating back from the 1600’s share the skyline with churches built as far back as the 13th century all reflecting from the largest canal system in the world. The church bells toll at regular intervals reminding you of the history of Amsterdam and makes a most pleasant alarm clock to wake up to.

The building in the photo above center is the Royal Palace built between 1648 and 1665. It did not become the royal palace until the 19th century after the collapse of the Batavian Republic in 1806. In 1808 Napoleon Bonaparte installed his brother Louis as king, the first king of Holland, who was forced to abdicate in 1812. Louis hastily left and the opulent chandeliers, furniture and painting remain which you can still see on tour today. The church to the right is Niewe Kerk (The New Church), built in the 15th century to help relieve some of the growing pressure Oude Kerk was experiencing due to population growth of Amsterdam.

When I was home making plans for my trip, I wanted to go to Antwerp and Bruges but soon found that I had so much more to explore in Amsterdam. I was also pretty worn out from my Africa trip and didn’t like the idea of hoping on multiple trains and close timelines to make my destinations. I also thought it better to really “see” the city as opposed the running around and hitting the highlights. Wandering is one of the great ways to discover what a city has to offer.

So each day I created a photo project in mind that I wanted to shoot. One day I would concentrate on bicycles, the next shooting in black and white and another day would be a visit to museums. As of this point I have walked countless miles and each new corner is something that I had not seen before. In my tour business in Seattle, many customers only spend a night or so in Seattle, and they try to cram so much into their trip that they only see the touristy highlights but really miss the flow and pulse of the city.

Some observations about Amsterdam, everyone is much taller here including the women and the women dress very sharp and they all wear very stylish boots. I have only seen one pair of Ugg boots here and the young girl wearing them was from the states based on her english.

Also a lot of people smoke here and just like most places in the states, you cannot smoke indoors. Many shopkeepers, waitresses and bartenders  will stand right in the doorway and smoke until a customer comes in.

There is lots of public art in Amsterdam and one of my favorite pieces as “Running Man” , It was placed in 1982 at Tweede Marnixplantsoen (Marnixstraat) by an unknown artist.

This violin player made of bronze, coming out of the ground was a nice find in city hall as well.

Amsterdam also has a lot of graffiti, some bad, but some of it is very good and as a photographer its always fun to see pieces that I can shoot.

I was super excited when I found the FOAM Museum, a photography museum. They had a number of exhibits that I really couldn’t wrap my head around and I was struggling to appreciatte some of the work. But, I was really thrilled to see they had a Vivian Maier  (yes check out her link) exhibit going on. Vivian is one of the best street photographers who has ever picked up a camera and it was exciting to see her work printed in a larger format on the walls. I had seen her documentary but this was a stroke of great luck on my part.

I’ve been doing a fair amount of street photography here, but its very difficult as locals are all aware of a camera being pointed at them. I think it comes from knowing your surroundings as you are on your bike. They seem to be aware of everything going on. I have tried another way of getting images, which I’ll share in a later post.

Well it’s time for me to get back into the city and do some exploring. The hotel I am in is having intermittent Internet connectivity issues and Its taken me almost two hours to try and get the post done, with image upload errors, etc.

Todays subject to shoot will be churches and church interiors with more photos tonight in the B&W. 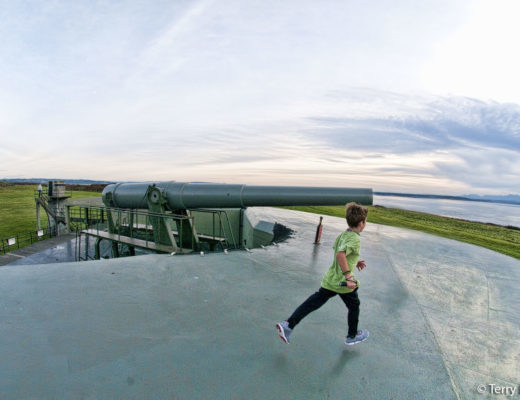