This year on the annual safari to Tanzania, we came upon a tree with two Leopards, and mother and a juvenile Leopard who were eating a recently caught Gazelle. The previous night we had seen them as we were heading to our tented camp at Kati Kati and our guide Gabriel suggested we go to that same area and see if they were still there from the night before.

Backtracking a little bit to the story, the Leopards the night before were a ways away from us as another guide had alerted us to their location. I was looking at an old termite mound and seeing the “tail” of the adult through my 300mm camera lens. But it’s funny what you might “see” on safari that is not real, it was actually some grass blowing in the wind and the Leopard I was straining to see was not even there.

We moved the safari vehicle to a better vantage point as the sun had already set and I pulled out my iPhone and took a few shots of the mother lying in the grass as well as the younger one in the photo above, but it was getting late and we needed to move on.

The next morning we made our way to the same area and close by was a large tree and our guide immediately saw what was happening, the young Leopard was eating a morning meal of fresh Gazelle. This is something I had never personally seen in the wild and I have to say I was pinching myself at the idea of seeing this.

It was also interesting to watch the interaction between the mother and the young Leopard as she made sure the meal wasn’t dropped below to a Hyena that was continually picking up anything that may have fallen. It was pretty funny to watch the Hyena, by themselves they are cowards, and if the female looked at the Hyena even for a moment, it would run away. In a pack, they are probably the most vicious hunters I have seen, but this one knew it needed to be careful. In fact the night before, we saw a Hyena, perhaps this one, who was hanging around the mother and youngster and the Mom would hiss and scare it away. I could imagine if there were a pack, then it might be a different story but there are many trees for the Leopards to climb for protection.

At one point the younger Leopard became a bit more interested in moving its meal and this is when we could all see that this might end with the Gazelle falling out of the tree as it was obviously too heavy.

At this point I switched to video mode (see link above, warning: dead animal in video) and in the video above you can tell we were holding our breath while watching this all unfold. It was both exhilarating and fascinating to watch at the same time and then not only did the Gazelle drop out of the tree but so did the young Leopard. Within about two seconds the youngster climbed back up the tree, but the mother quickly jumped down and grabbed it. But the Hyena was still in the area and she paused for a few moments to survey the situation and make sure there were no other predators around.

Climbing back up the tree and you can hear me tell the others in the vehicle that she was going to jump to another branch and she did. At this point, we all had a sigh of relief and I’m sure the younger Leopard realized it was no match for the heavier Gazelle and probably learned a life lesson that day.

Eventually, both Leopards settled down and it was time for them to relax and it was also time for us to move to another part of the Serengeti to watch a large migration of Wildebeest and Zebras.

Learn more about this trip at Shutter Tours

Technical Notes: All images shot with the Nikon Z6 as well as the video footage, except for the twilight image of the Leopard, which was shot on the iPhone Xs Max. 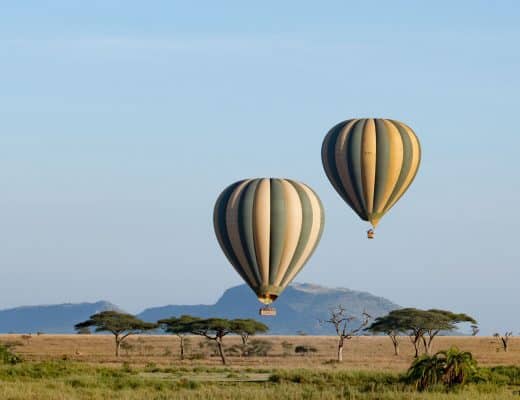 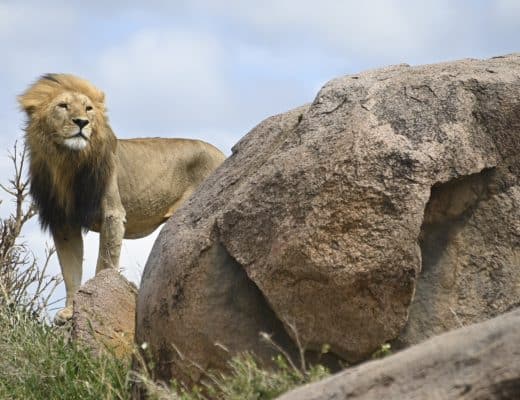 Dreaming of the Rains in Africa