Back in March I was a tour leader on a private tour to Tanzania and I’m always amazed what world class guides can see while on Safari that many of us would completely miss. This sausage tree (Yes it’s called that) had a Leopard sitting in it that our guide Isaya was able to see.

I might add, this is the one time I wish I had a 600 mm lens when taking this photo.

And one more when he got bored with us and came down the tree and gave us a big yawn. 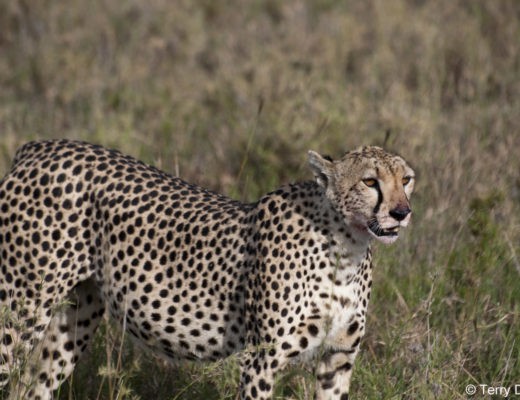